June has been a really weird month.

June has been a really weird month. Mostly wet. And annoying. Annoying because
let’s face it, after eternal winter, June is supposed to be all about
summer, sunshine, and warm weather.
Wednesday was particularly annoying. I was trying to convince my mom
to come visit and it seemed like she was mad at me. Our realtor got
upset that we didn’t use her as our buyers and sellers agent. And I
missed my run because it was pouring rain when I woke up.
At first I thought all the weirdness was because Mercury was in
retrograde. (It’s not.) Then I thought I was hormonal. (That’s not it either.) I’ve finally concluded all the craziness can — and should — be
attributed to the extremely depressing weather we had during the first
half of the day on Wednesday. (Oh, and for the entire month of June.)
Thankfully sometime around 2:00 pm the sun decided to make its
presence known. It’s extraordinary the amount of power sunshine has on people’s dispositions, moods, and potential successes. It’s literally like an awakening every time the sun pokes out of the clouds here in northeast Ohio.
“Rain, rain, go away.
Come again another day.”
This silly nursery rhyme has been rolling through my head since May. There was a brief few days at the beginning of June that were relatively dry, but as it turns out, June 2015 has become one of Cleveland’s wettest Junes on record. 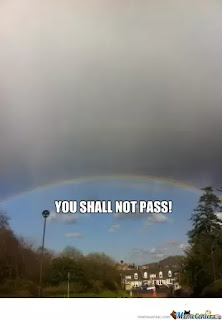 Day after day, we’ve been waking up to doom and gloom, and chilly temperatures. Our weather has caused many canceled plans and rearrangements of schedules. It has made playdates difficult, it has made swimming lessons impossible, and it’s made my training runs less than ideal. Instead of waking up to an early, gorgeous sunrise, and running in warm temperatures in the wee morning hours, I’ve been waking up to cloud cover, sometimes rain, and cool temps. It hasn’t been fun.

My poor kids are bored out of their minds. And I am, too. The brief moments we’ve gotten to play outside have been chilly and few and far between. I’m ready for summer to begin, and I know they are, too. I’m thankful I didn’t send my son to camp this summer because I would otherwise be paying for him to play indoors.
I survived winter. I totally thought I would be rewarded with at least a little sunshine this summer. Supposedly the sun will stay out for the next few days — 4th of July included (I’m not holding my breath). But for now, I’m totally going to run around outside like a kid in a candy store — arms waving, and shouting with joy for all the neighbors to hear!

I agree! June was definitely a little screwy here in New Jersey too. We lost power for 36 hours. And then again on Saturday a bit. Not fun at all. Instead of April showers it's more like June showers. Hoping that it calms down in July!

I just want hot weather and sunshine for at least a month this summer. Is that so much to ask? 😉

I'm on the west and DYING for some rain over here! California neeeeeeds it!

This site uses Akismet to reduce spam. Learn how your comment data is processed.